The worldwide demand for storage is increasing exponentially due to many factors — the ongoing explosion of user-generated media, an increased reliance on big data and analytics, the migration of business services to the cloud, the rise of data-driven artificial intelligence, and the rapid proliferation of embedded devices (Internet-of-Things), to name a few key areas.

Yet existing storage technologies (HDDs and SSDs) have not increased capacity fast enough to meet this growing demand.  This creates a unique opportunity for new ideas and innovations.  L2 Drive rises to that challenge with its portfolio of solutions, best exemplified by its flagship technology, the 3D-actuated vacuum drive (3DHD).

We truly live in the digital age.  Like never before, every aspect of our lives involves data storage.  In 2017, Seagate commissioned IDC to research the global datasphere.  In their ensuing report, IDC identified five key areas that will govern data growth over the next decade:  life-critical data, embedded systems (the Internet-of-Things), mobile and real-time data, artificial intelligence, and security.  They conclude the amount of data created in 2025 will reach a staggering 163ZB (zettabytes, or trillions of gigabytes), which is ten times more than in 2016: 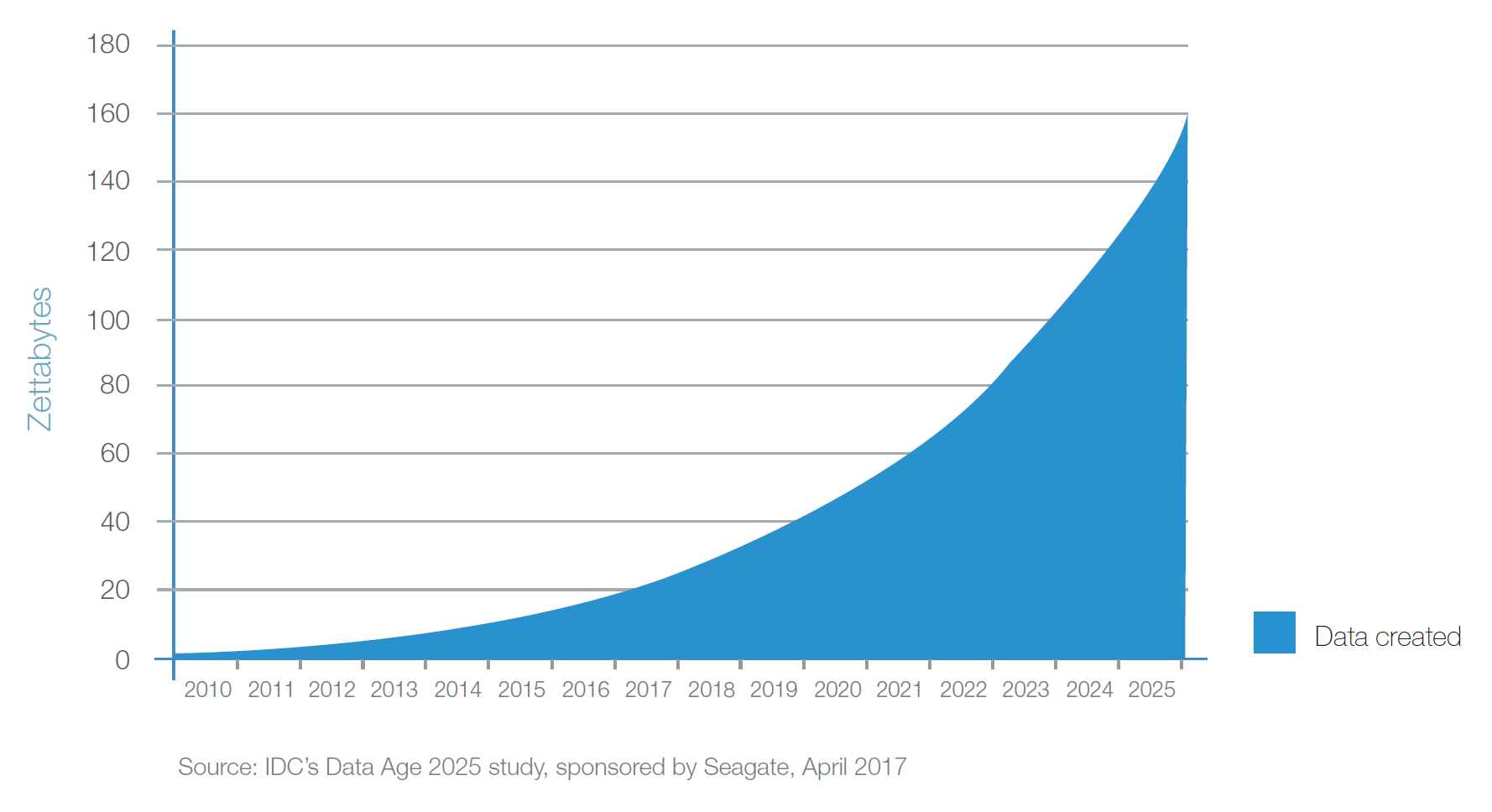 Figure 1:  Annual Size of the Global Data Sphere (from Data Age 2025: The Evolution of Data to Life-Critical)

To give one an idea of the enormity of this data, storing all 163ZB would require 16 billion 12TB HDDs.  Thankfully, even though that much data will be created, not all will need to be retained.  Much of it will be used only once or twice, and then replaced by smaller metadata.  Even so, IDC projects that 19ZB of storage capacity must ship through 2025 to meet the demand.  And roughly 60% of this (or >11ZB) will still use HDDs: 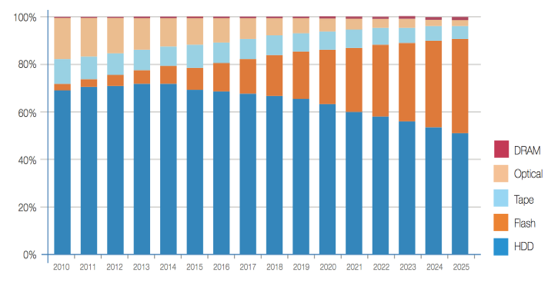 Figure 2:  Enterprise Storage By Type (from Data Age 2025: The Evolution of Data to Life-Critical)

This incredible demand for data storage really cannot be overstated.  In his recent article, Luke Dormehl of Digital Trends explains,

“The reason for this is the unimaginable pace at which we currently produce data. Each day, around 2.5 quintillion bytes of data is created, courtesy of the 3.7 billion humans who now use the internet. In the last two years alone, a mind-boggling 90 percent of the world’s data has been created. With a growing number of smart devices connected to the Internet of Things, that figure is set to increase significantly.”

HDDs Are Here To Stay

Some analysts in the storage industry claim that SSDs will soon replace HDDs.  While this might be true for applications that require extremely high number of operations-per-second, like transaction processing databases, it will likely never be true for mass data storage applications.

First, there is currently not enough flash production capacity to store all the world’s data; in fact only about 10% of the world’s data is currently stored on SSDs.  And at the rate that the datasphere is growing, it is unlikely that flash production will ever meet the entire world’s demand.  In fact Samsung, the world’s number one manufacturer of flash memory, is predicting that today’s flash production capacity of ~80 exabytes (or billions of gigabytes), will only reach 253 exabytes (0.253 ZB) by the year 2020. That falls far short of the 3000 EB needed by then.  (See Samsung: NAND flash industry will triple output to 253EB by 2020.)

And secondly, HDD’s cost per gigabyte is only 10% that of SSDs, and these savings should continue, especially if HDD technology continues to evolve through innovation.”

At L2 Drive, we believe the limiting component is the continued reliance on the air-bearing.  Invented by Bill Goddard at IBM in 1956 (he called it an air-head), it has been central to HDD design for the past 60 years.  It does solve a critical issue for drive operation, namely getting the read/write head to follow the disk surface closely enough so that data can be written and read reliably.  It does so passively, by balancing the aerodynamic lift against the down-force, resulting in a dynamic but predictable fly-height.  However, even though the head flies above the disk surface most of the time, it does touch the surface periodically.  In order to protect the head and disk from damage during these touch downs, protective coatings or treatments are required on both head and disk.  These coatings limit the ability to minimize magnetic spacing of the head and disk.

In order to permit HDDs to continue their evolution, the existing air-bearing needs to be replaced.  To this end, we have designed, and successfully prototyped, a 3D actuator operating in a vacuum.  The head-media-spacing (HMS) is monitored at 100 kilohertz and adjusted at 15 kilohertz using a piezo-crystal mechanism (controlled by firmware in the drive).  Furthermore, the read/write head is carried rigidly on this mechanism instead of by a flexible load beam.

Figure 3:  Power Consumption in Air vs. Helium vs. Vacuum

“The benefits of this design are numerous. First, in a vacuum, disk flutter is minimized and air-turbulence effects on the actuator arm are eliminated.  With no gases swirling inside the HDD enclosure at over 80 mph, the drive consumes far less power.  In our tests, we have measured 30% less idle power consumption in a vacuum relative to current Helium filled HDDs.”

“Second, since the head’s position is actively controlled in three dimensions, head to media contact will become an extremely rare occurrence.  As a result, media and head coatings can be removed or at least reduced significantly. This benefit cannot be over stated as it can result in great increases in areal density and total capacity of the disk:”

“As shown in Figure 4. minimizing or removing the lubricant and overcoat layers permits the HMS to be reduced, allowing for smaller bit cells and increased linear density and total capacity.  The reduced disk flutter and air turbulence on the actuator arm, also improve track following, allowing greater track density and even higher drive capacities. By our calculations, existing HDDs using PMR could see an increase of ~40% in their capacity. In addition, the lack of head to media contact would eliminate head crashes would greatly improve the mean-time-between-failures (MTBF) of HDDs.”

“Furthermore, reducing the head-to-media spacing, will greatly benefit both MAMR and HAMR allowing these technologies to become a reality. Together with active fly height control, these energy assist magnetic recording technologies will allow us to reach a storage density of 4 TB per-square-inch allowing for HDD capacities of 50TB or more!”

Or you can reach us at: